It Doesn’t Matter: Educators and Students

It doesn’t matter if the student is 18 or older, Under Texas Penal Code 21.12(a), an employee of a public or private primary or secondary school commits an offense if the employee engages in:

(1) sexual contact, sexual intercourse, or deviate sexual intercourse with a person who is enrolled in a public or private primary or secondary school at which the employee works.  The teacher cannot have an improper relationship, no matter what the age. 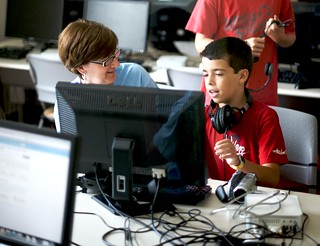 The Spokane County Sheriff’s Office is investigating whether a sex crime was committed when a student teacher reportedly had a relationship with a 17-year-old high school girl.

The Eastern Washington University graduate student was teaching at Mount Spokane High School where the girl is a student, according to university and Mead School District officials. Rob Humphrey was dismissed from his internship as soon as the relationship and possible inappropriate contact was reported.

John McDaniel of Keller, who teaches at Colleyville Middle School, faces charges of online solicitation of a minor and having an improper relationship with a student, said Sgt. Robert Eberling, a Grapevine police spokesman.

Be careful what you say to or about student on social media sites, big government is watching.

… You may also visit Twitter to learn more here.


Ed Brown writes regularly about trending topics in several areas involving criminal law, games and whatever else he fines interesting.