Several bills are pending before legislature in Texas to stiffen penalties for serial domestic abusers. One bill would place repeat offenders on a Domestic Violence Registry after the second or third conviction for assault with bodily injury to family member. A second bill would increase the third assault to a second degree felony with punishment range from two to twenty years in prison. Currently, a second or third assault is a third degree felony with punishment ranging from two to ten years prison or probation up to ten years probation. 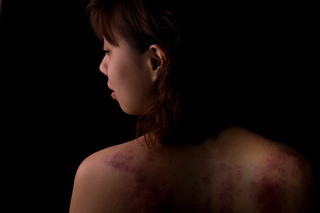 “Statistics from the Texas Council on Family Violence show that in 2010 there were nearly 200,000 incidents of family violence in the state and that year 142 Texas women were killed in domestic violence incidents.

Family violence is not just against women. Several reports indicate men battering occur in one to five percent of cases. Now is the time to stop hurting each other. If you can’t stop battering, you may soon be facing the embarrassment of domestic violence registration in Texas.

The Story of Hopeful Justice … Hopeful


Ed Brown writes regularly about trending topics in several areas involving criminal law, games and whatever else he fines interesting.